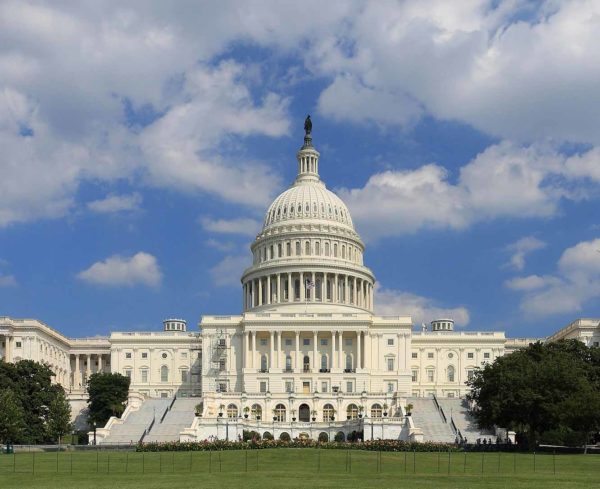 The Edmunds Law Firm has opened an office in the Washington DC/Arlington area to service our DoD clients and Federal Employees. Attorney Edmunds is often referred to as “THE DOHA LAWYER”. He is this country’s leading Security Clearance Lawyer. The Firm helps clients with all phases in the Security Clearance process from Response to SOR thru the Formal Security Clearance Appeal Hearing.

Victories from Hearings in Arlington VA, Florida, and North Carolina are posted on the website as well as the official DOHA web site. Attorney Edmunds also guides clients thru the “reporting requirements“ when events arise from client criminal involvement.

Don’t risk your job. Check some recent victories in the area below and call Attorney Edmunds at 571.527.4925.

We’ve all been naïve and made mistakes. We’ve also all heard the old platitude “what happens in Vegas, stays in Vegas.” This is likely the idea in the back of our client’s mind when she reluctantly agreed to go to Vegas with an old fling from her police training days. After she was pressured into a Vegas marriage with this previous dating partner, she returned to her Army training. Shortly after this trip, she was pulled into a manipulative, deceitful relationship in which her “spouse” filled for a marriage certificate without her knowledge, took out loans, and even resorted to abuse. Despite dealing with a messy divorce and many other personal matters, she remained loyal to her service in the Army and went through four various deployments.

When being interviewed, our client felt uncomfortable calling her previous relationship a marriage, so she called it a “sham” and the subsequent financial manipulation “identity theft”. Despite being otherwise honest, she was hit with a Statement of Reasons with several Guideline E (personal conduct) allegations. She immediately came to the Edmunds Law Firm for help on her Response to SOR. She bravely told her story, explaining everything from her survival in an abusive relationship to an assault she suffered from during one of her deployments.

Even though her Response was thorough, the government wanted more, and the Edmunds Law Firm was there to help her through her personal appearance. With Mr. Edmunds, this country’s top security clearance attorney by her side, our client was able to hold her head high and win back her security clearance.

As an Officer in the National Guard, our client was dealing with many momentous life occasions. He was going back to school for his Ph.D. He was struggling through a messy divorce with his ex-wife who moved back to her home country of China, and he had to pay her court-ordered child support. He was also in the process of having his new wife’s citizenship legalized as she had moved from China for better opportunities when they met. On top of all that, he and his new wife had a child together he had to support with his security clearance.

Of course, no one would think to threaten his job with so many people relying on his help, right?

That’s what he thought too until he was hit with a Statement of Reasons with Guideline B and Guideline E violations for his relationships with “foreign nationals” and for having supposedly lied in a personal subject interview. He knew the answers to these allegations as he had no relationship with foreign nationals beyond child support to his ex-wife and his current wife who would be giving up her Chinese citizenship soon. As far as the supposed lies in his interviews, he knew there was a mistake in the Statement of Reasons that was causing a miscommunication in addition to inaccurate rural Chinese birth records.

Sometimes the mere presence of the Edmunds Law Firm is enough to get your case dismissed.

That’s exactly what happened to a recent client of ours. She was given a Statement of Reasons with Guideline F violations that named off several debts and a foreclosure. She handled her Response to SOR on her own as she felt that she had the accurate documentation to show the debts were not correct or were being paid off.

When her response wasn’t considered enough, she came straight to the Edmunds Law Firm for help. As the experienced team with this country’s greatest security clearance attorney, Alan Edmunds, set to work submitting her documents for a hearing, the government backed down. The allegations on her Statement of Reasons were withdrawn, and her case was dismissed. While this does not always happen, Mr. Edmunds has over forty years of experience in security clearance matters that many would not want to challenge.

Don’t wait for them to come after your security clearance! Call today to find out how we can help!

Downloading music may seem pretty easy in this day and age, but doing so without permission may result in some pretty serious consequences. But can it really cost your security clearance?

This is exactly what a recent client of ours recently found out when he was served with a Statement of Reasons for Guideline D and E violations. This SOR alleged that he had downloaded child pornography from a website, but our client had done no such thing. Rather, it was a computer virus that put files on his computer while he was downloading music when he was young and broke.

He came straight to the Edmunds Law Firm for help on his Response to SOR. We built his case in the response, and when the government wanted more, we were there for his hearing. Our client was in excellent hands as Mr. Edmunds, this country’s leading security clearance attorney, led him to victory and a reinstated security clearance.

Don’t get a virus! Get the Edmunds Law Firm to help with your security clearance appeal.